You are here: Home / News / Press / Whistling Past the Graveyard ranks with Gaiman’s Latest in Summer Reads

Whistling Past the Graveyard Heats up with Summer Reading Lists 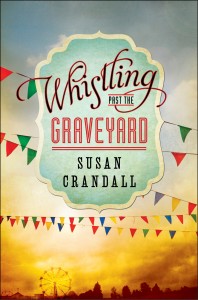 Indiebound.org, is getting ready to release it’s July Indie Next List for bookseller-chosen titles, ranking some of the summer reads they are most looking forward to. Neil Gaiman (deservedly) takes the top spot, with Susan Crandall not far behind:

What summer reads are you looking forward to this year?