Is It Still Historical Fiction if I can Remember It?

I was a little taken aback when I saw that Whistling Past the Graveyard was on historical fiction lists. Historical??? Hey, I was seven years old in July of 1963. I always think of history as being, well… before me! 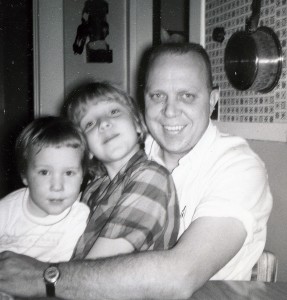 I get the same feeling when I go to antique shops and find things that were around our house when I was a kid. Then I think about it, about all of the years between then and now, and the changes that those years have wrought in both my life and the world around me and it begins to make sense.

The exploration of these changes enhanced this story in more ways than I’d imagined when I began writing Starla’s journey. As I researched the historical details of the era, I was able to compare the reality against my own understanding of the world in 1963. I didn’t know squat, nor did I really care to. Of course, Starla Claudelle my narrator in WHISTLING was nine-and-a-half, not just seven, so I’m sure she’d tell you she was more worldly than I. She was also living in a less-than-loving environment, so I guess that might have opened her eyes some, too. Still, the cocoon of innocence of the era prevailed; bred by days when kids were out on bicycles for hours on end and no one worried that they’d be snatched, where we weren’t constantly bombarded with world-wide crises and National headlines, where summer days were spent drifting with our imaginations instead of on an organized schedule of activities and the anchor of electronic devices keeping us indoors. (Okay, now I sound like someone who remembers “history.”) But it’s true. Life was different. Not always better, but certainly not the same as children live today. 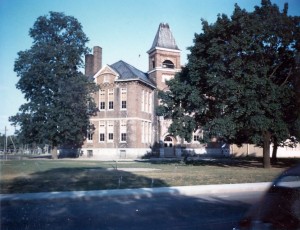 I grew up in a small Indiana town (every time I use this phrase, I get a blast of music in my head—John Mellencamp’s Small Town competing with Tom Petty’s Mary Jane’s Last Dance, but I digress), so I didn’t grow up with segregation per se. We had only a small number of African-American families. We had three grade school districts, geographically divided in blocks from north to south in our town. All of the African-American families lived outside my district, so I was in junior high before I had the opportunity to make African-American friends. Prior to that, truthfully, I didn’t even think about race. My family never even went south on vacation, so I was probably as ignorant of racial segregation as a person could be. I certainly didn’t know there were places in our country where they had rules about where black people could and could not be.

In 1963, the possibility of children suffering at the hands of those who are supposed to care for them was beyond my comprehension. I assumed all kids were safe and secure in their own families—maybe not always happy, but safe. 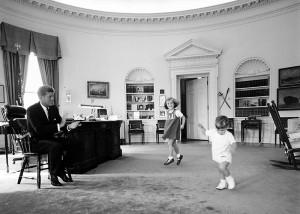 When I was seven, the only reason I even thought about the President of the United States was because he had kids and there were magazine pictures of them in the White House. That held true until November of that year when I watched a black-and-white TV as his flag-covered casket being pulled through Washington, D.C.

When I was seven, kids were kids. Kids with money were the same as kids without money—truthfully, I couldn’t have identified the “haves” and “have nots.” Kids who lived on my street were the same as those who lived on every other street. Kids with divorced parents (kind of a rare and big deal in the 60s) were the same to me as kids with married parents. Kids were nice, or mean, or fun, or boring; those were my designations. We assessed each other blind to all but our interactions with one another. None of the little compartments in which we sort people as adults had yet been formed. I’d like to think that the same stands for seven year olds today.

I thought the teenagers who worked at the public swimming pool at our park were grown-ups and they had the best jobs ever. I watched Popeye cartoons at five o’clock. I loved sparkle paints (they made such a mess it was a rare treat to get them). I was working on hot peppers with my jump rope. My best friends were Patty, Janet, Kathy and Patricia. Boys were generally invisible, except Roger and Steve down the street because I’d walked to kindergarten with them. I liked to walk the two blocks uptown to G.C. Murphy’s, a dime store that seemed much bigger than that building is now, and check out the colored chicks and ducks at Easter time (yes, live chicks and ducks, dyed spring colors) and the pet turtles (little guys, no more than 2 inches in diameter) the rest of the year. I had a clear plastic turtle bowl with an island sprouting a plastic palm tree and lost count of the number of pet turtles that passed through my house. 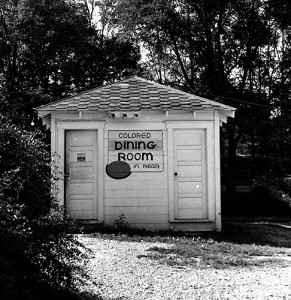 When I started writing this book, I was amazed at all of the little details of that time that popped back in my head, things I hadn’t thought of for years. I was able to incorporate some of them into Starla’s life as “color.” Of course, since I was so ignorant of the greater world, there was a great deal of research involved in this book, too. Let’s face it, a seven year old in Indiana (probably some adults, too at that time) had little awareness of in the segregated South. Current events were scraps of overheard adult conversations, incomprehensible in their far-reaching implications and had little to do with me.

When the Adult Remembers what the Child Saw, Does it Become Historical Fiction?

Whistling Past the Graveyard is so special to me in part because it allowed me to both walk down memory lane, enjoying my childhood perspectives, and investigate the reality of a world I’d dwelt in but had little true understanding of. My adult perspective had prepared me for much of what I discovered in research, and yet there were many, many things that were surprising … and sometime shocking. It was much different than researching an historical period that you yourself did not experience. I prefer not to think of 1963 as a historical period, but in fact, ladies and gentlemen, it is. It was a time of great change in our country, which gave me a deep well of material to flesh out this novel.